Legal action against Landlords – The most recent impacts of Japanese Knotweed

The 2011 Clean Neighbourhoods and Environment Act (Northern Ireland) 2011 provides Councils with powers to intervene with regards to statutory nuisances and their affects on residential premises. One of the nuisances listed under subsection 63 (1) (a) of the 2011 Act gives Councils powers to deal with a nuisance relating to “any premises in such a state as to be prejudicial to health or a nuisance”. The Anti-Social Behaviour (Northern Ireland) Order 2004 enables a relevant authority including a District Council to apply to the Magistrates’ court for an Anti-Social Behaviour Order (ASBO) to be made with respect to any person aged 10 and over if that person acted “in an anti-social manner that caused or was likely to cause harassment, alarm or distress to one or more persons not of the same household as himself”. The Order states that such an order is necessary to protect relevant persons from further anti-social acts.

The impact that these powers could have on properties affected by Japanese Knotweed in Northern Ireland can be seen in the recent case of Bristol City Council v MB Estate Limited. Similar powers conferred upon councils in England and Wales under the Anti-Social Behaviour, Crime and Policing Act 2014, were used to prosecute a property owner for allowing the spread of Japanese Knotweed.

After receiving no response to the notice, the Council prosecuted MB Estate Limited for failing to comply with it and the company was subsequently fined £18,000. At the hearing which the company did not attend, Bristol Magistrates’ Court found it guilty and it was ordered to pay costs. Furthermore, the court issued an order requiring MB Estate Limited to remedy the problem. The Council said that would include securing a plan from a specialist company detailing how the issue will be resolved.

It is thought that this is one of the first prosecutions to use the Anti-Social Behaviour, Crime and Policing Act 2014 in relation to an issue of this kind.

This case demonstrates that the law in England and Wales is rigorous when faced with the issue of Japanese Knotweed growing on land. Landowners who fail to take steps to control it could now face prosecution, and removal works could be compelled against them. It is therefore possible in light of this decision, the Clean Neighbourhoods and Environment Act (NI) 2011 and the Anti-Social Behaviour (Northern Ireland) Order 2004, may now begin to be utilised in Northern Ireland on the basis of making a similar prosecution. 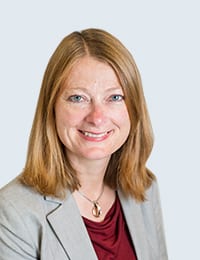