Changes to NEC4: A Healthy Development?

Back in 2017, Deeny J published his decision on Northern Ireland Housing Executive v Healthy Buildings (Ireland) Limited [2017] NIQB 43, a case that Cleaver Fulton Rankin’s construction law experts were involved in on behalf of the Plaintiff.

The case was deemed the first of its kind by a UK court in relation to the assessment of compensation events under the popular NEC form of contract.

In his decision, the Judge considered the correct approach to the assessment of compensation events under an NEC3 contract, and considered the extent to which an assessment is required to be made on the basis of forecasts, as opposed to actual cost information when that assessment is being made after the impacts of a compensation event are known. This “forecast vs actual” issue (sometimes referred to as the “prospective vs retrospective” debate) is one which arises frequently in disputes under the NEC3 form.

Despite the prospective wording of the NEC3 contract, the Judge, asking “why he should shut [his] eyes and grope in the dark when the material is available to show what work they actually did and how much it cost them”, permitted a retrospective approach, in line with the general approach to assessment of damages.

A similar approach was subsequently taken by Edwards-Stuart J in Fluor v Shanghai Zhenhua Heavy Industry Ltd [2018] EWHC 1 (TCC). Although considering the issue in passing, and in relation to extensions of time rather than additional cost, the Judge stated:

It appears that the drafters of the NEC have taken on board these decisions and comments from the courts (which it should be noted align with commentary in Keating on NEC3 on the general assessment of damages) in the changes introduced by the NEC4 Engineering and Construction Contract, as well as other forms within the NEC4 suite, such as the Term Service Contract and Professional Services Contract.

Delays under the NEC4 are now assessed under Clause 63.5 by reference to the Accepted Programme current at the ‘dividing date’. As such, the starting point is the Accepted Programme. In making the assessment, under Clause 63.5, only operations which the Contractor has not completed and which are affected are changed. According to the NEC4 user guide, this will be a factual test to be applied.

Although it remains to be seen whether the “dividing date” concept introduced by NEC4 will resolve the issues which gave rise to the Healthy Buildings case, and the wider “prospective vs retrospective debate” in relation to the assessment of compensation events, it is welcomed as a sensible, logical approach and one which Employers, Contractors and Project Managers entering into, or who have already entered into, NEC4 contracts, should be fully aware of in terms of its application.

This article has been produced for general information purposes and further advice should be sought from a professional advisor. Please contact our Construction & Procurement team at Cleaver Fulton Rankin for further information or advice. 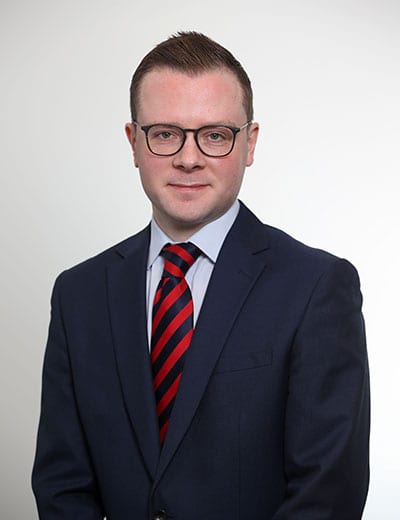