Anna studied Law at the University of Newcastle Upon Tyne and completed the Legal Practice Course at the College of Law, York in 2010 where she graduated with Distinction.

Anna gained pre-qualification experience working as a paralegal in the Property department at a large Belfast law firm before going on to complete her training contract at Cleaver Fulton Rankin. Upon qualification, Anna joined the Dispute Resolution department, and is qualified to practise in Northern Ireland and England and Wales.

Anna advises on a wealth of general commercial litigation matters, including contractual disputes, debt recovery, trespass and also construction law. Anna also acts on behalf of the Pharmaceutical Society of Northern Ireland (“PSNI”) and has developed a niche area advising on a wide range of regulatory and public law issues. As well as advising the PSNI on fitness to practise issues, Anna also provides advices to the PSNI on their legislation and legislative requirements. This has included assisting with the drafting of amending pharmaceutical legislation.

Anna has also assisted on a number of recent case wins, the most notable of which being the Supreme Court case of In the Matter of K (A child) (Northern Ireland) [2014] UKSC 29  which was an extremely significant and high profile child abduction case. 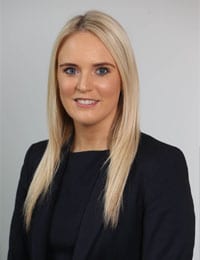