What’s Next for Renewable Incentives in Northern Ireland?

The publication of the Energy Strategy and Action Plan has been almost universally welcomed by stakeholders involved in the energy industry in Northern Ireland. It is fair to say that the publication of the Strategy was long overdue and has filled a vacuum in energy policy which had been subsisting since before 2020. It is hoped that the Strategy will now be a catalyst for renewed activity and investment that will drive forward the green economy in Northern Ireland and ultimately achieve net zero carbon by 2050.

Key to renewed investment in renewable development (at the scale required), will be the launch of a new renewable support scheme.

As was widely anticipated, the Energy Strategy sets a target of meeting at least 70% of electricity consumption from a diverse mix of renewable sources by 2030. Although one of the longer term objectives is the development of off-shore wind projects, it would seem unlikely that off-shore generation will be brought online at scale, prior to 2030. The 70% target will therefore need to be met by on-shore assets. The Energy Strategy itself notes that a renewable energy consumption target of at least 70% likely means that Northern Ireland will need to double its renewable generating capacity, in order to meet new demands from home heating and electric vehicles.

In this context, it is clear that a new support scheme is required to bring forward the level of investment and new renewable development required. Northern Ireland has been without any such incentive scheme for large-scale renewable development since the closure of the NI Renewables Obligation (ROCS) in 2017.

Accordingly, the Department for the Economy has already begun working with their GB counterparts in the Department for Business, Energy and Industrial Strategy to explore whether the Contracts for Difference Scheme (CfD), currently operating GB, can be extended to Northern Ireland. This is with a view to inclusion for the next Allocation Round in 2023.  If this is not possible, the Department have said that they will seek to put in place an alternative support mechanism for investors.

The Action Plan further confirms that there will be a consultation on a renewable electricity support scheme in 2022, for delivery in 2023.

So it seems clear that a new incentive scheme is coming, likely to be in some form of CfD auction and the hope and intention is for a 2023 launch. Although challenges remain (and in particular, the opportunities presented should be assessed in conjunction with the Department for Infrastructure’s on-going work on planning policy), this should bring renewed optimism for investors and developers interested in renewable projects in Northern Ireland.

This article has been produced for general information purposes and further advice should be sought from a professional advisor. Please contact our Energy and Renewables team at Cleaver Fulton Rankin for further advice or information. 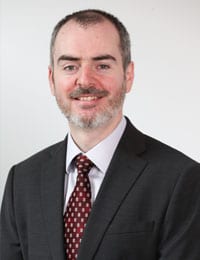