There’s only one Del Boy! How Only Fools and Horses Became Entangled in a Copyright Controversy

In the recent case of Shazam v Only Fools The Dining Experience and Others [2022] EWHC 1379 (IPEC), Shazam Productions Limited, owner of the Intellectual Property (IP) rights of the famous comedy show, Only Fools and Horses, took action against the “Only Fools The (cushty) Dining Experience” for copyright infringement, arguing that the lead character of the sitcom, Del Boy, constituted a ‘work’ that should be protected under UK copyright law.

In a landmark judgment made on 8 June 2022, Judge John Kimbell QC ruled that the character of ‘Del Boy’, which was a central feature in the dining experience, is in fact an independent copyright work and that copyright infringement had taken place.

The dining experience in question is an interactive entertainment performance where actors play characters from the comedy show while customers enjoy a meal. During the case, the Judge applied a two stage test in relation to the copyright infringement claimed.

At the first stage, the Judge held that Del Boy was a “fully rounded character” that was not a “stock character or cliché” as he had his own catchphrases and had distinguishable traits i.e. such as his dubious business deals and comedic interactions with family members. While these may not be distinguishable when considered separately, together they made the dining experience’s Del Boy appear clearly similar to the Del Boy featured in the series. The Judge also found that the features of Del Boy’s character from the original series were “precisely and objectively discernible in the Scripts” used by the dining experience production.

The Defendants claimed the defence of parody but the judge rejected it on the basis that parody involves mockery and is not exact imitation. The Judge also found that the works do not fall under the exemption of pastiche as they were not in the style of or a medley of the existing Only Fools and Horses works, and did not appear to be distinctly different from the original show.

The Judge held that the character would fall under the concept of a literary work in the UK’s closed list of copyright works and that Shazam should be able to retain control of the use of its rights in Only Fools and Horses, its characters and its script.

This case has set a new precedent for UK copyright law and it could have a significant impact on the UK entertainment industry. Whilst this judgment was decided on the specific facts of this case, there could be further infringement cases brought against similar dining experiences that take inspiration from famous TV shows.

This article was co-authored by Director, Michael King, and Trainee Solicitor, Sarah Wilson.

This article has been produced for general information purposes and further advice should be sought from a professional advisor. Please contact our Dispute Resolution team at Cleaver Fulton Rankin for further advice or information. 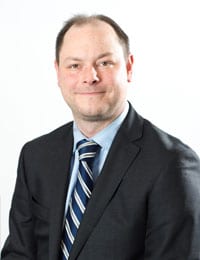