A woman ‘trapped in a loveless marriage’ has been told she cannot divorce her husband of 40 years despite being ‘wretchedly unhappy.’ In the recent decision the Supreme Court has ruled that Tini Owens must stay married to a man she wants to divorce.

The couple were married in 1978 and have two adult children. Mrs Owens said she had been contemplating a divorce since 2012, but did not leave the matrimonial home until February 2015. Her plea to divorce her husband has been denied unanimously by the Supreme Court, on the basis she cannot prove her husband’s behaviour is unreasonable enough and because the legal system still demands that there be fault in a marriage to make divorce legally viable. This ruling means Mrs Owens, 68 must now stay married to Hugh Owens, 80 until 2020 when they will have been separated for long enough to justify the divorce.

Mrs Owens alleged the marriage had broken down irretrievably and Mr Owens had behaved in such a way that she could not reasonably be expected to live with him. Mr Owens refuted Mrs Owens’ allegations about his behaviour; he said if their marriage had irretrievably broken down it was because she’d had an affair, or because she was “bored”. He claimed to have “moved on” and “forgiven” his wife for having an affair in 2012 and told the Supreme Court the couple still had a “few years” to enjoy. When the case first came before the Courts it was held that Mrs Owens’ allegations of unreasonable behaviour were ‘at best flimsy’ and her application was refused. The Court of Appeal also dismissed her case though acknowledged that there was a strong argument for no fault divorce being implemented in the UK in order to bring divorce law up to pace with modern day realities.

The Supreme Court unanimously ruled against Mrs Owens, saying they did so with reluctance. Lord Wilson strongly suggested Parliament should consider whether the law governing “entitlement to divorce” remained “satisfactory.” Supreme Court President Lady Hale said she found the case “very troubling” but it was not for Judges to “change the law.” Current law on divorce in Northern Ireland In order to obtain a divorce in Northern Ireland you must establish that the marriage has irretrievably broken down. The person applying for the divorce must prove that there is no prospect of reconciliation between the parties by satisfying at least one of the following:

The case of Owens v Owens has sparked a debate about whether divorce laws in England, Wales and Northern Ireland need to change; currently we lag far behind other countries with regards divorce laws and there is a strong mood for reform to introduce “no-fault” divorces. There are concerns that fault based approach divorce results in couples exaggerating allegations of unreasonable behaviour in order to ‘pass the test’, which goes against the premise of amicable separation that is encouraged by family law solicitors.

There have been calls for a move to a ‘no-fault’ system for decades, like those that exist in the USA, Australia and Scotland. One Supreme Court Judge in the Owens case said she reached her conclusion with “no enthusiasm whatsoever” but that Parliament would have to decide whether to introduce “no-fault” divorce on demand. Another said Parliament had “decreed” that being in a “wretchedly unhappy marriage” was not a ground for divorce. It is presumed that a ‘no fault’ ground for divorce would allow unhappy couples to formally end their marriage without either person being held responsible for the breakdown of it. Many believe that it is difficult to quantify, or prove, what went wrong in a marriage and so we should introduce no-fault divorce and empower people to end the legal unions that bind them, simply because they are no longer happy, or comfortable.

Others believe that to make it effectively ‘easier’ for couples may damage the sanctity of marriage and that couples may not think carefully enough before entering into a marriage if they feel that they can easily divorce if it doesn’t work out. Only the government can bring forward legislation to change the law; it will therefore be interesting to see whether in light of the Owens judgment there is enough of a ground swell of support for change to finally be made and drag our divorce laws into the 21st century.

This article has been produced for general information purposes and further advice should be sought from a professional advisor. Please contact Lorraine Keown at Cleaver Fulton Rankin for further advice or information.

Lorraine is an Associate Solicitor in Cleaver Fulton Rankin. With over 15 years experience of family law, she is well versed in dealing with family matters and contact disputes. Should you wish to make an appointment or speak to us about your family law query telephone Lorraine on 028 9024 3141 or email l.keown@cfrlaw.co.uk 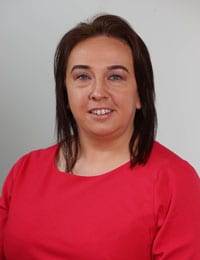