This article will examine some of the impacts of the TCA and the Protocol on Northern Ireland.

The aim of the Protocol is to avoid a ‘hard border’ in Ireland whilst simultaneously protecting the European single market and seeking to maintain Northern Ireland’s place in the UK internal market. It covers a wide range of areas: human rights, the Common Travel Area, the Single Electricity Market, limited state aid provisions, regulation of manufactured goods and VAT and excise, but the focus of this article will be the impact of the TCA and the Protocol on customs and trade. The key provisions of the Protocol mean that since 1 January 2021:

Goods going from Great Britain to Northern Ireland are now subject to new declarations and may be subject to duties if such goods ultimately enter Ireland or the rest of the EU or are considered ‘at risk’ of doing so. Food, agricultural and medicinal products are subject to health certification and specified processes, subject to the following grace periods: –

(a) 3-month grace period from official certification for products of animal origin, composite products, food and feed of non-animal origin and plants and plant products for authorised traders such as supermarkets and trusted suppliers

What will happen at the end of the grace periods is unclear and is subject to further negotiation between the UK Government and the EU Commission.

Goods moving from Northern Ireland to the rest of the UK has generally not been subject to any change, and there are no additional processes or paperwork, save for some very limited exceptions where there are specific international obligations binding on the UK and EU.

Goods moving from Northern Ireland to Republic of Ireland remain unaffected at present with no change at the border or additional processes or documents to complete provided that Northern Irish businesses ensure that they continue to meet EU regulatory standards.

Goods moving to and from Northern Ireland and rest of world continue broadly as before the end of the transition period. Northern Ireland will benefit from any current and future UK Free Trade Agreements along with the rest of the UK, and the UK tariff regime will apply to imports, unless goods are considered ‘at risk’ of moving to the EU.

Goods moving via transit routes from Great Britain to Northern Ireland via Republic of Ireland are subject to specified processes. Transit declarations will apply, and some traders will need to use sealed trucks. Food, agricultural and any Sanitary and Phytosanitary (SPS) goods moved via this route will require SPS checks in Ireland before proceeding to Northern Ireland.

A Work in Progress

As the regulations in the TCA and the Protocol are in their infancy, they will be subject to various reviews. The TCA will be reviewed every five years and either party may terminate the TCA on 12 months’ notice, or more swiftly on human rights and rule of law grounds. The Protocol is governed by the principle of democratic consent by the people and institutions of Northern Ireland and will be subject to review by the NI Executive every four years. 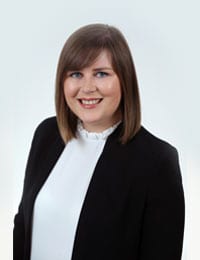