COVID-19: Dismissal of employee who left workplace over Covid concerns not automatically unfair

The Employment Rights (Northern Ireland) Order 1996 protects employees from dismissal for exercising rights to leave the workplace and take steps to protect themselves where they reasonably believe there is serious and imminent danger.  Such dismissals are deemed automatically unfair and so there is no need to have one year’s service as required for ordinary unfair dismissal claims.

The recent English case of Rodgers v Leeds Laser Cutting Ltd ET1803829/2020 considered the position under the equivalent English legislation, section 100 of the Employment Rights Act 1996, in the context of the Covid pandemic.  Although not strictly binding on the NI Tribunal, fact specific, and a first instance Tribunal decision it is nonetheless useful in showing how claims of this nature are likely to be approached by Tribunals.

Mr Rodgers worked in a warehouse and when the first lockdown was announced in March 2020 the Company advised that it would remain open but would be implementing health and safety measures.  The Company engaged an external consultant to carry out a risk assessment and followed government guidance.  In March 2020 Mr Rodgers advised his employer that he would be staying away from work because he was worried about infecting his vulnerable children with COVID-19 (he had a young child with sickle cell anaemia and a baby). A month later, he was dismissed.  Mr Rodgers did not have the service to claim ordinary unfair dismissal and so he argued that he had been automatically unfairly dismissed for exercising his rights under sections 100 of the ERA 1996.

The steps taken by the Company in response to the pandemic were crucial.  This case therefore highlights the importance of adhering to government guidance, carrying out risk assessments and implementing practices to reduce health and safety risks.  Employers can also breathe a sigh of relief that the Tribunal sensibly concluded that the pandemic in itself would not create a serious and imminent danger, and as long as best practice and guidance is followed, it will give employers a strong defence to such claims. 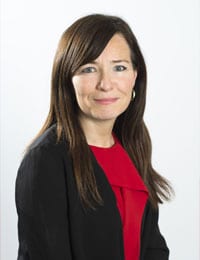