Choice of Law and Enforcement of Judgments in Northern Ireland: Post Brexit

Following the UK’s withdrawal from the European Union (EU) in late January 2020, the UK Government and the EU Commission finally agreed the Trade and Co-operation Agreement (the “TCA”) on 24 December 2020.

The TCA is designed to govern the UK –EU trading relationship and it encompasses wide-ranging areas from trade in goods and in services to social security coordination, energy and fisheries. However, the TCA has not addressed the areas of jurisdiction and enforcement of judgments.

As such, the Recast Brussels Regulation which regulates jurisdiction and the recognition and enforcement of judgments between EU member states no longer applies. In addition, the European Enforcement Order Regulation has also fallen away and we must look beyond the TCA for a solution. Fortunately, the UK has acceded to The Hague Convention 2005 (the “2005 Convention”) on Choice of Court Agreements from 1 January 2021, which the EU originally acceded to in 2015.  This presents a solution to the uncertainty arising from the TCA’s failure to address this area.

Where parties wish to contract they may consider giving effect to an exclusive choice of court agreement. In summary, the 2005 Hague Convention requires a court which is not the chosen court to suspend or dismiss proceedings to which an exclusive choice of court agreement applies. Furthermore, a judgment obtained in a state that has acceded to the 2005 Convention will be recognised and enforced in other states that have acceded to the Convention.

Nevertheless, the difficulty will still arise for parties as the Convention only applies to exclusive choice of court agreements. Whilst there is much discussion on this topic, prospective contracting parties should avoid confusion in this area by appointing only one court with exclusive jurisdiction.

In the absence of further action by the UK government to address this uncertainty, such institutions should consider the standard exclusive choice of court clauses.

As already highlighted, the EEO Regulation has fallen away for the UK and therefore, a degree of uncertainty about the enforceability of foreign judgments in the UK may arise. Fortunately, the 2005 Convention steps into the void left by the TCA.

Under the provisions of the 2005 Convention, where a judgment is given by a court of origin, the court addressed will not review the merits of the judgment and shall be bound by the findings of fact on which the court of origin based its jurisdiction. Whilst this provides some certainty, where a party has sought a judgment in default it will be necessary to comply with the notification and certification requirements within the 2005 Convention when seeking enforcement.

Potential collision with the EU: Effective Date of Entry into force for the UK

The Ministry of Justice in the UK considers that the 2005 Convention has continued to apply without interruption from its original accession (via EU membership) on 1 October 2015. On the other hand, the EU Commission believe that the 2005 Convention will only enter into force between the EU and UK upon the UK becoming a party in its own right (i.e. from 1 January 2021).[2]

This will not impact parties who have not yet entered into such contracts, but may have an impact on those parties who already have choice of court agreements in place.

Whilst the 2005 Hague Convention is currently the appropriate solution for this uncertainty, it must be noted that this situation may change if the EU agrees to the UK’s application to become an independent member of the 2007 Lugano Convention. The UK had applied in April 2020, but a final decision from the EU has not yet been forthcoming.

In summary, the 2007 Lugano Convention clarifies which national courts have jurisdiction in cross border civil and commercial disputes and ensures that judgments taken in such disputes can be enforced across international borders. The 2007 Lugano Convention governs this area in relation to the EU’s relationship with Iceland, Norway and Switzerland and is broadly similar to the Recast Brussels Regulation.

Whilst the TCA has left many areas to be decided in the UK-EU’s trading relationship, we may rely on the 2005 Hague Convention to fulfil this area of uncertainty. Whilst it cannot be considered a panacea to such uncertainty, it does provide parties with a framework to resolve any confusion on jurisdiction.

[3] Article 67 of the Withdrawal Agreement 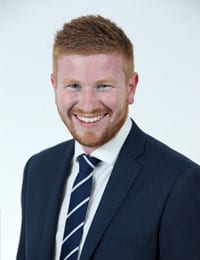